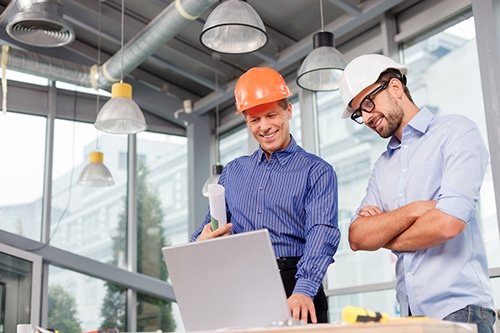 The evolution of Elkhart Plastics, Inc. is as unique as its rotomolding process. Spanning nearly three decades, Elkhart’s history has seen the company grow and develop through organic growth, acquisitions and expansions, bringing the company to a six-plant national presence—each offering unique solutions serving over 30 industries. Through its growth, one thing has remained constant: the company’s client driven commitment to the rotational molding process. But as with all highs, there are lows; for Elkhart those lows came in the form of reliable employee retention, given the current unemployment percentage across the nation. Finding the right temp service has been key in continuing company growth.

Most great successes derive from a specific need. And in the late 80s, Jeff Giacchino, then PDM Molding founder and president, took a chance by stepping out of his vacuum molding comfort zone and into rotational molding due to a client’s specific need. “There were no custom rotational molding companies in the area at the time,” explained Darren Hille, Elkhart operations manager. “Giacchino had a customer who had a need for rotational molding, so he bought a machine and gave it a shot.” With some success, Giacchino bought another machine and eventually opened a second rotomolding plant. The following years saw PDM through several buy-outs and various business structural changes; eventually, ownership landed with Elkhart Plastics, Headquartered in South Bend Indiana under the leadership of CEO Jack Welter. “As it sits here today, we’ve had a few names changes, but core operations are the same,” said Hille. “We are now under a very stable ownership, a fantastic group of people to work with.”

However, the instability of Elkhart’s employment pool was an ongoing wrench in the otherwise stable, successful company. To understand the uncertainty of employees, one must first understand the uniqueness of rotomolding, a cavity based process which relies on gravity rather than the common external forces used in other molding processes. Instead of beginning as a liquid, rotomold plastics begin as a sugar-like powder. “It tumbles around in the mold while the mold is heated up and very evenly lays down and takes on the shape of whatever the cavity is,” explained Hille. “The result is parts that are very strong and uniformed because gravity is doing all of the work and there are no other forces involved.”

And while the rotomold process offers entrepreneurs a reliable start up process, it is a very slow, demanding one. “We work 24 hours a day, which yields 12-15 parts per mold,” shared Hille. That’s in comparison to the more common molding processes, which typically yield 12-15 parts in mere minutes. The time consuming rotomold process relies on 24-hour manual labor. “It’s hard work,” said Hille. “It’s hot in summer, cold in winter, and physically demanding. And finding guys who want to work graveyard or 2nd shift is not easy.”

For these reasons, Hille explained that Elkhart was challenged for a number of years in maintaining reliable employees. “When you are in an operation that runs 24 hours a day, you are at the mercy of your labor force,” he said. “And we’ve struggled with temp services.” Each service had the same sales pitch: ‘Our people are better, they will do a better job, etc.’ “After a certain amount of time you just roll your eyes because it’s the same story every time.”

When Elkhart decided to give Employment Solutions a chance, Hille no longer had faith in temporary employment agencies—typical sales pitches no longer impressed him. “I had come to preface every meeting with a temp service by saying, ‘Don’t tell me your people are the best; I need to see what you are actually going to do that’s different.’”

So Wendy Coensgen, Employment Solutions’ strategic partnership manager, showed him. “Wendy and the team were different from the start,” said Hille. The first thing he noticed was their approach using “real world tours,” which brought in groups of up to 10 possible employees to see Elkhart’s production firsthand, to meet with management teams, and to learn more about open positions. No other temp service had offered tours before, and Hille often battled the loss of employees after only hours onsite. “It’s certainly not a job for everyone,” he explained of the work. “But it would be nice to not go through the whole process of trying to find someone and bringing them in only to have them leave after just a few hours of work.” Employment Solutions immediately took care of this ongoing issue through the introduction of the company via tours, ending each session by asking individual prospects which open positions interests them.

“This approach is very different from any I had ever seen and it has been highly effective,” said Hille. “Now, a guy is going to come in the door knowing what he is getting into and knowing it’s something he wants to do. It makes a huge difference in the reliability of the temp service and the employees.”

Hille also shared that Employment Solutions provides an ownership and responsibility that he has never experienced with other temp services, and much of that comes in the form of facetime. “Wendy will come here several times a week to meet with her employees and check in with them,” he explained. “She’ll show up to talk to a new hire on 2nd shift to see how it’s going and to address any job performance issues, because they are not my employee until I hire them. And she treats it that way—this is her business, not just our business.”

And Employment Solutions’ vested interested in their employees doesn’t end if and when they are turned over to Elkhart’s payroll. “Wendy will still show up with a gift and take them to dinner to congratulate them,” Hille said, adding that this level of commitment is incredibly impressive.

Turning to Employment Solutions has also shown positive differences in retention and revenue. “If you are missing shifts all the time and start getting stagnant, you start stifling your ability to grow as a company,’ explained Hille. “Employment Solutions took the edge off of that.”

While some turnover is inevitable, it has been greatly reduced while also leading to business profits. “The percentage of people we have on our payroll that started as Employment Solutions employees is really high—probably 40%–which is a testament to the type of people they supply,” said Hille. “And in terms of sales revenue and sales dollars year over year, we’ve grown at least 10% each year for the last five years, and we couldn’t have done that without Employment Solutions.”

After several years partnering with Employment Solutions, Hille confidently says that he will never use anyone else. “They are the most reliable temp service I’ve ever used in the 15 years I’ve been in manufacturing. It’s not even close,” he said. “Employment Solutions will always be our first and only choice.”

What Our Customers Are Saying:

"Employment solutions has always been there for my hotel. especially Kristi, who always says Yes we can before I even tell her what I need."

Are you looking for job or trying to fill a position? Employment Solutions will give you the advice you need to speed up the process and find the perfect fit!
Get Help Today

At Employment Solutions , we strive to understand the unique needs of each of our employees, to establish consistency, communication and a long term relationship.